Some insist that Facebook advertising doesn’t lead to conversions; instead, it only generates a lot of insignificant views and clicks. This misconception originates from the widespread belief that Facebook is primarily used for social networking amongst friends and family rather.. 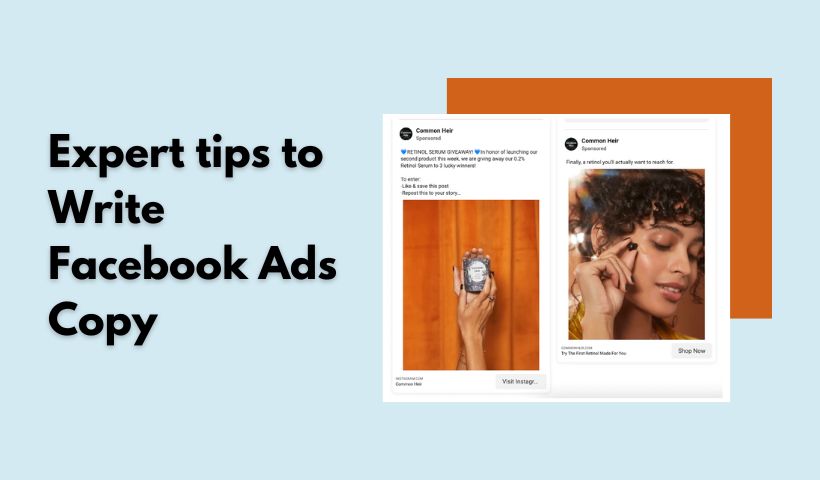 Some insist that Facebook advertising doesn’t lead to conversions; instead, it only generates a lot of insignificant views and clicks. This misconception originates from the widespread belief that Facebook is primarily used for social networking amongst friends and family rather than as a place to “conduct business.” Many companies fail to see Facebook as a significant customer acquisition platform as a result.

The issue is that most people think of conversion as a sale or a transaction with a monetary value, which is the wrong way to think about it. In practice, conversions (or, more accurately, conversion points) can be much more than that, and finding them takes thinking beyond the sale or lead. Every point of contact can be equally vital in today’s environment, where the relationship between users and businesses is increasingly intricate due to the plethora of channels via which they can communicate and interact.

Consequently, every contact might be considered a conversion, necessitating careful planning, tracking, and measurement on the part of astute marketers and organizations. You can make the most of Facebook’s considerable advertising potential with a better understanding of conversions.

In order to be persuasive, you should treat each of your readers as if they were the only ones. They are the ones you should be trying to win over and convince. Just as when you’re making a personal sales pitch, you should give this person your undivided attention and do your best to meet their specific requirements.

The website copy you produce must appeal to a wide variety of buyer personas, all of whom may visit your site at some point. However, Facebook allows you to zero in on a specific demographic. How might one go about putting into practice this suggestion for boosting one’s presence on Facebook? You can consider the following example for this. Women over the age of 30 in the United States who are interested in fitness and well-being can be specifically targeted in your advertising campaigns. That way, you may create advertising tailored to your target demographic’s exact interests.

This fits in with the concept of aiming. Considering the fact that people come to you for a wide range of services, it makes no sense to promote all of them with the same advertisement. Avoid treating your Facebook ad like a billboard and take advantage of the platform’s strong capacity to target.

Assume that you run a clothing store. You have various things for both men and women, including clothing, footwear, accessories, activewear, underwear, and even bath and body supplies. Customers may be interested in multiple aspects of your business, but for the most part, they will focus on one. To put it another way, ladies will be interested in what you have to offer them.

This Old Navy commercial featuring its workout clothes is fantastic. Individuals who have indicated an interest in fitness will be shown this ad. Through this method, Old Navy is able to target the consumers most likely to buy their products.

When it comes to business-to-business (B2B) marketing, many companies of all sizes severely lack an image creation department. There is a mad dash to get an image added to an ad before it goes live.

This may produce an image that doesn’t complement the text, which can be quite distracting to a Facebook user. When the ad’s copy and image don’t match up, consumers wonder what product or service is being promoted. They won’t be interested, and your advertisement will be pointless.

For their “World’s Largest #StarbucksDate” ad campaign, Starbucks combined three photos into one striking picture. French press coffee Verona and a chocolate brownie are mentioned in the copy and depicted in the images. The Facebook ad is successful because it informs the target audience of the benefits they’ll receive when they visit the coffee shop.

The most effective Facebook ads specifically target a certain action. Here the end goal is to get more people to know about your business, more leads, or more purchases. Your advertisement needs a distinct call to action. Facebook users will notice your ad if you don’t include it, but they won’t know what to do with it.

When it comes to the advertisements on Facebook for Society6’s iPhone case sales, they feature photos of the cases themselves. However, the advertisement is much more than just a picture of a nice iPhone cover; it also includes a call-to-action button (“Shop Now”) that directs readers to the Society6 website, where they can do further product research and make a purchase.

5. Be Concise and Introduce Something of Value First

Considering the cost of an advertisement, it may be tempting to include as much information as possible. At some point, you’ll need to educate consumers on what your product can do. On the other hand, Facebook ads need to be brief and highlight the benefits to the reader immediately.

Why would someone want to buy what you’re selling? When will they see results? If you want your copy to be effective, you must pay attention to these specific areas and convey your thoughts clearly and concisely.

TaskRabbit is an example of a service that allows users to outsource menial jobs. The value of their service lies in allowing customers to get everything done even when they’re swamped. Copy such as “Getting everything done is easier than you think,” “Hire a tasker instead,” and “We’ve got chores covered” demonstrate TaskRabbit’s worth. The importance of the service may be grasped entirely in only three sentences.

6. Speak in Clear and Straightforward Language

Copywriting is not the same as serious writing. Even if you excelled at poetry in school, using flowery language can just confuse your audience. Try to be less wordy. Your top priority should be creating a Facebook ad that even a fifth-grader could understand. People should be able to infer the following from your ad:

7. Do Not Hide the Numbers

Pricing information is essential if you’re selling a tangible item. People are always curious about what sort of discount they can expect during a sale. That’s why a successful method for writing advertisements is to Give the audience the numbers first.

San Diego’s Ball Honda, a vehicle dealer, runs Facebook ads that get right down to the basics of what it costs to buy a car. They publicize the lease special for CRVs and specify when it will stop. They don’t broadcast the ad to every San Diegan. Instead, they zero down on people who have already visited their website.

The commercial isn’t flashy, but it does its job. It encourages potential customers to visit the dealership when they’re ready to make a purchase.

It’s not easy to take a step back when you’re busy promoting your brand every day and ensuring the words in your Facebook ad will actually get read. Take a peek at the advertisements as you go through your own Facebook feed. How about those? Which ones entice you to click? Which do you just skip over?

A second opinion from a trustworthy source can be really helpful. The commercial itself, or at least the creative process leading up to it, can be outsourced to a freelance writer or editor. If you have any employees who aren’t in marketing, you can test the ad’s efficacy by asking for their feedback. You can also enlist the aid of close friends and relatives who are not involved in the enterprise.

9. Put Your Ad Copy to the Test

Your Facebook ad copy will never become better unless you test it. Facebook facilitates the risk-free spending of nominal sums of money on a wide variety of experiments. The only way to know for sure that your copywriting will be successful is to gain experience.

See which of two ads with the same image but different wording generates more interest and sales by testing it out.

With best practices, tips, tools, resources, and examples, skill surfing will teach you how to design and craft successful online advertising campaigns step by step.

You want your Facebook ad to generate results if you’re going to flesh out the cash for it. Ads that use compelling language can increase website visits. Good copywriting acts as a map, leading readers to their desired destination and helping you achieve your desired result. The best advertisement copy has the ability to do all that. It identifies patterns, eliminates fluff, and frames the next step as the logical next logical step. It’s a crucial element of any effective commercial.

The most effective Facebook ads do, in fact, generate revenue. Marketers must ensure they have all the right components for an effective ad, and quality copywriting is crucial to every successful Facebook ad campaign. You can follow the aforementioned tips to write ad copies for Facebook effectively, and they will help the goals you are looking forward to achieving through your Facebook marketing campaign.